Recently, federal district court Judge Barbara Crabb, in the state of Wisconsin deemed that income received by Clergy of any religion that is designated for a tax-free housing allowance is unconstitutional because it violates the establishment clause. The lawsuit was filed by the Freedom From Religion Foundation (FFRF). While there is need for concern, I believe that it is important to understand that we still have a very long way to go until it could be deemed the law of the land. Furthermore, there are limitations when it comes to district and circuit court decisions. There are also possible remedies that may occur. Also, don’t take for granted the fact that this judge has yet to act on her decision (she still has a meeting set for October 30th when attorneys on both sides will discuss solutions). So, let's pause, take a breath, and break down this issue. In this post, I will discuss all possible scenarios as we see them currently.

Part I: The Judges Meeting

The judge has a meeting scheduled for October 30th with the attorneys from both sides. At that time, they will discuss possible solutions to this legal problem. Since we do not know what the result of this meeting will be, we should not jump to any conclusions and must wait and see how this meeting progresses. However, it should be noted that Judge Crabb still ruled against the Housing Allowance in 2013. It is also extremely important to note that she suspended any action from being taken following appeal. The suspension means that we will likely be waiting through an appeal before anything actually happens (if it happens at all).

Keep in mind that this is a district court decision, and let us not forgot that this is not the first time that the Clergy Housing Allowance has been targeted. In the past, there have been countless attempts at bills and lawsuits attempting to outlaw clergy housing allowance, and they have been unsuccessful. Remember that the appellate court only needs one reason to find a problem with this ruling. The last time Judge Crabb ruled the Clergy Housing Allowance unconstitutional in 2013, the 7th Circuit Court overruled her due to the fact that they (FFRF) had not attempted to claim the deduction, and been denied, themselves. Only one reason must be found to overrule something of this nature. That's simply how fragile our system is. Finally, keep in mind that it took a year from the initial decision by Judge Crabb in 2013 to be overruled, so there is no immediate threat.

If the Circuit Court agrees with Judge Crabb's ruling, it would not necessarily affect everyone in the United States. The 7th Circuit Court presides over Wisconsin, Illinois, and Indiana. That means the ruling would only apply to Clergy living in those states. So the question would then be, would the other circuit courts also agree with this ruling. In order for that to happen, additional lawsuits would have to be filed in the other Circuit Courts. That means that it would have to go through each circuit's district court and then the appellate courts for it to change the entire country's tax code.

I would also like to add an important note. Another Clergy Tax specialist named Richard Hammer (an attorney, CPA, author, and graduate of Harvard Divinity School, and Harvard Law School) brings up and excellent point; “the IRS would have the discretion to follow or not follow an eventual ruling by the appeals court nationally to promote consistency in tax administration.” (https://www.churchlawandtax.com/blog/2017/october/5-takeaways-from-clergy-housing-allowance-ruling.html).

What this means is that if the IRS wanted to, they could apply the ruling to the entire US to keep it’s tax code the same across the board. It is unclear whether or not this would actually happen.

Following the Appellate Circuit Court (again if the district court ruling is not overruled) is the United States Supreme Court. If the case gets appealed to the Supreme Court, the court would have to first decide if it wants to hear the case. If it did decide to hear the case then the Supreme Court could put in a ruling that could change the law for the entire country. However, this is still a lengthy process, so there is no immediate threat.

Another option is that congress could step in to remedy the law. Meaning, if the court said that it didn't like certain part of the law giving Clergy tax-free housing, congress could change the law to where it would pass legal challenges. For example, Judge Crabb stated that § 107 (the tax code that dictates housing allowance) could be amended to apply to all taxpayers who work for non-profits (§ 501(c)(3)) that are “on call”. This would virtually apply to the majority of Clergy Persons I know. You can contact your congress person now and ask for changes that would protect Clergy housing allowance.

Part V: Other Issues With The Ruling

The ruling does not seem to address some other key areas of Clergy Tax Law. There are holes throughout this ruling that would most likely have to be addressed through congressional legislation or other lawsuits.

The first issue is that it doesn't address anyone living in a church owned parsonage. It merely addresses cash housing allowances. So if the law were actually struck down today, those living in church owned parsonages may not even be affected. (The Freedom From Religion Foundation could not add this to their lawsuit because they were not offered a home to live in as compensation).

While we should remain vigilant, we must remember that this will be a lengthy process. I believe that Religious Institutions should continue to offer cash housing allowances to Clergy until a final ruling commences and we get some clarity from the Internal Revenue Service. However, it is important to note that it could be possible that Clergy receiving a housing allowance going forward may have to file an amended return and claim the housing allowance as income if (AND ONLY IF) the IRS decides to retroactively enact this into law from the original ruling date. This is a rarity. Typically, when the IRS decides to incorporate rulings into tax law, it usually is done so going forward in time and not backward.

Finally, I truly believe that if this ruling were to stand, other legislation would need to be passed to provide relief. Clergy are currently treated as Self-Employed for Social Security and Medicare Tax Purposes. What this means is that Clergy are currently paying the Employer and the Employee halves of Social Security and Medicare Taxes at a rate of 15.3% (as opposed to the 7.65% that a non-clergy employee would have withheld from their check).

In short, it’s a waiting game, but I want you to know that Jacobson Clergy Tax Service is on the case. We will provide updates and advisement as changes happen. Should you have any questions, please don’t hesitate to contact us.

Our Message To Our Extended Return Clients

IRS Guidance Trickles In For The American Rescue Plan 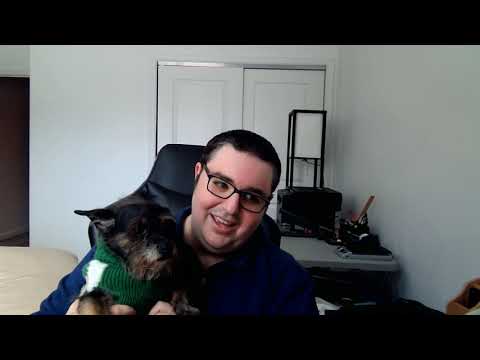 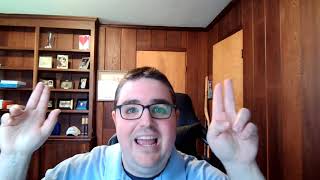 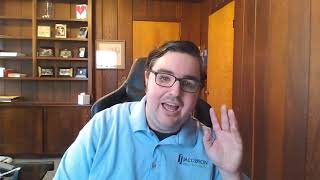 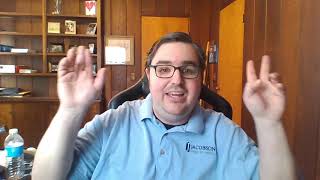